The delivery of a new hard drive for the computer briefly interrupts our Saturday morning lie-in, as does the usual chaos of the paper rounds. Once up, I spend most of the day getting the computer up and running with the expected disruption of a park session in the middle, at Doggo's insistence. In between reinstalling all our vital software, I watch a bit of Euro 2008.

Later, L cooks up pasta and another pudding, to prepare us for tomorrow's race. Then we head off Broadway for a papaya juice, because the mango is off and sadly we are AF.

I've offered L some Saturday night romance at the cinema, a low-budget US independent film called 'In Search of a Midnight Kiss', the synopsis of which L says sounds like the story of the lycra clad maiden and the dithering cyclists. I hope it’s not as dull as that.

The film opens with tasteful shots of numerous couples romantically entwined while in the background Frank Sinatra is singing 'As Time Goes By'. Then we cut to Wilson (Scoot McNairy) who quickly lowers the tone. Wilson is new to Los Angeles, recently split from a long-term girlfriend, fed up, and lonely. We see him using Photoshop to paste his flat mate's girlfriend's head onto the photo of a naked female body. He is pleased with the erotic nature of the resulting photo, until his flat mate Jacob (Brian McGuire) walks in and catches him with his pants down. Oh dear, it's so embarrassing when that happens.

Unable to believe what he is seeing, Jacob calls his girlfriend over to ask her if that really is her on the computer screen. By now Wilson is hiding in the bathroom.

It's New Year's Eve and Jacob decides it's best if Wilson gets a life. So he persuades him to post a personal ad on Craig's List.

The ad 'Misanthrope seeks misanthrope' gets a response from the strong-willed but neurotic Vivian (Sara Simmonds), who is holding openly cut-throat interviews to try and find the 'right guy' to be with at the stroke of midnight. Despite having reservations about Wilson, he seems the best option and the two of them 'hang out' around Los Angeles. Two lonesome souls who don't wish to spend New Year's Eve without having someone to kiss at midnight. 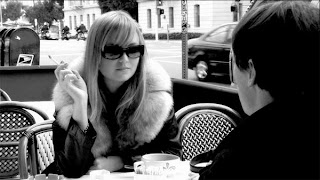 Vivian admits she had to look up what a misanthrope was. As did I! A misanthrope does not trust other human beings; they possibly do not even like them. Initially Vivian seems to fit this description to a 'T' but as their relationship develops over the evening, our first impressions of the two of them change. Vivian turns out to be more human than she would have us believe. Deep down perhaps she's a philanthropic person. Wilson too grows before our eyes to be more substantial and interesting than we first thought.

In order to get to know each other better they both agree to make a confession to each other. Wilson, for reasons only he can fathom, confesses to the Photoshop incident. This unsurprisingly doesn't go down well and after that revelation, the date takes some rescuing. Things get worse when Vivian discovers condoms in his pocket. She'd already made it crystal clear they'd be none of that sort of entertainment this evening and certainly not something requiring the five, which were forced upon him by Jacob.

Wilson empties his bank account and wins her round with a meal. We find out that Vivian's dumped her long-term boyfriend, although she doesn't really seem to have told him yet, after finding out he was sleeping with someone else. When she finally answers the phone to her ex, she tells him the news and he threatens to torch all her belongings and do worse to Wilson. So Wilson helps her out in a mission to rescue her belongings from their apartment. 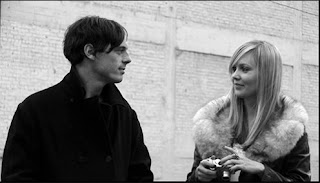 They eventually turn up at Jacob's New Years Eve party where he is about to propose to his girlfriend, Min (Kathleen Luong). Min though, rather than be annoyed by the Photoshop incident, seems flattered by it and comes on to Wilson. God, girls are weird. Shocked by this, Wilson immediately leaves and takes Vivian with him. Even after that incident, Min still accepts Jacob's offer of marriage.

Wilson and Vivian end up where they were always destined to, in bed together, where Vivian's confession comes, that she's pregnant by her ex. 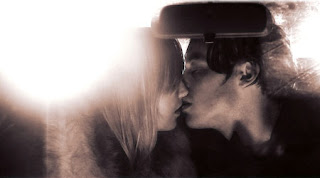 In the morning, she waves goodbye to him from a taxi and is seemingly gone for ever and Wilson is back more or less, where he started but with more of a mess as regards his flatmates. The upside is possibly his own ex, who's given him a call, and perhaps could be up for reconciliation.

A good film with definite shades of 'Before Sunset'. I liked it but it's the sort of film L and I go for. A cheap fun film with lots of rough edges. Just like life should be.
Posted by FitForNothing at Saturday, June 14, 2008