I wake up feeling really energetic for the new day. Therefore, after a lively warm up it's onto the bike.

I feel I'm absolutely bombing along but then I get passed. Not happy about that, it's been a while; I don't see many people now that I go the back way through Ilkeston. I didn't even see him coming.

In time honoured style, he eases off as he pulls level with me, just so that he can give my bike the once over before muttering something, presumably derogatory, under his breath before adding a more audible 'Good Morning' before powering off into the distance. Of course, he could just have been checking to see if my bike was made of cardboard, like the one that design student at Sheffield Hallam University has made. 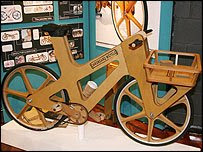 I speed off in pursuit but I can't keep up with him.

I arrive at work 100% alive but L hasn’t checked. I hope she's not getting blasé about my safety. When I make contact, she is indignant that she has checked so perhaps it's our email rejecting her again, who knows the vagaries of email.

It's I who should be more concerned about L these days, what with her power walking down the canal, where the main hazard is being knocked into the water by an out of control cyclist. She's fine though and sums up her morning as thus 'My tan is coming along nicely and the scales are down so all is well in the world'. Women eh?

I pedal home and run into L heading to Pilates, then I take Doggo on the park. I extend our route so that we manage to catch L as she runs home. Although her run seems to be more of a hobble, so it's not looking good on the injury front. The extra distance means Doggo is well knackered, so we probably won't see much of him tonight.

Unfortunately, this isn't the case. After I've done curry for all of us, we head to bed to take advantage of the 'wellness in the world' but Doggo is a total pain. Therefore, for repeated bad behaviour, he ends up banished to the kitchen, where he sits and sulks by the back door. Eventually we permit him back in and he sheepishly joins us.

Now get this. I have read two books in the last six weeks. Impressive or what?

Firstly, I can highly recommend 'In Search of Robert Millar', by Richard Moore, which is about Britain's greatest ever 'tour' cyclist. He came 4th in the 1984 Tour de France and won the 'King Of The Mountains' competition. He also recorded top 10 finishes in several other years, as well as 2nd places in the big tours of Italy and Spain and countless wins in other races. The book is a fascinating insight into the enigma that is Millar and was written without any help from Millar himself who 'disappeared' several years ago, although a few emails were exchanged with him. 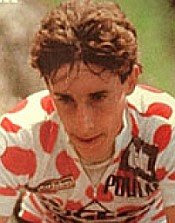 At the other extreme is the, ahem, kind of chick lit, that Daughter lent me. That being Jenny Colgan's 'Do You Remember The First Time', which appealed to me because it’s about a thirty something woman fed up with her career as an accountant and a dull boyfriend who she fears is about to propose and wishes to be sixteen again, so that she can do everything again but differently. This is really brought home when her childhood sweetheart turns up unexpectedly at her best friend's wedding.

Then, suddenly she is sixteen again. Now this would have taken her back to the eighties, hence my interest, but she only goes back six months. This is a bit of a disappointment and really odd but it's still a good read.

She still manages to save her parents' marriage, as well as change her A levels and hence her career path. Also first time around she had shunned the advances of her sweetheart so this time she vowed to relent. Unfortunately, he hadn't gone back in time with her, so instead, she cedes to his younger brother but that still seems to count. When she returns to her real age she is still with him and has fobbed her boring boyfriend off on her best mate. Women eh? 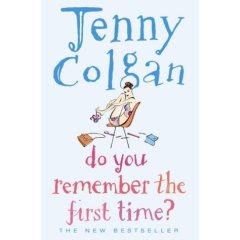