I'm on the bus today, tapering again, oddly I had to pay to travel on it. How strange. Must be a new policy of theirs.

Soap box time. The Derby Hippodrome was a traditional theatre in the heart of Derby, almost on par with Nottingham's Theatre Royal. It opened in 1914 and, despite a brief spell as a cinema in the 1930's, remained in use as a theatre until 1959. Ever since it's been used as a bingo hall first by Mecca and then by Walkers. 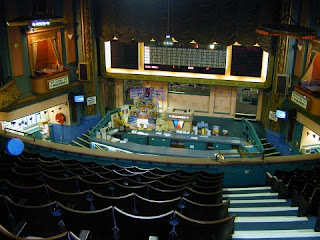 All credit to these companies who preserved the interior of the grade II listed building pretty well as you can see in the photos. 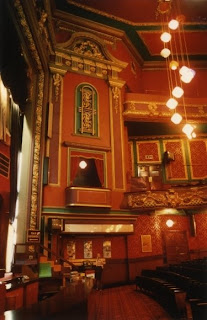 Last year it closed as a bingo hall and Walkers sold the building. Since then things have not gone quite so well for the Hippodrome. In July last year Derby City Council contacted the owner over concerns over a hole in the Hippodrome's roof. Then in January this year, an inspection carried out by the council's own consultant structural engineer revealed a lot of recent internal damage to the building, some of which, in the engineer's opinion, was clearly vandalism. 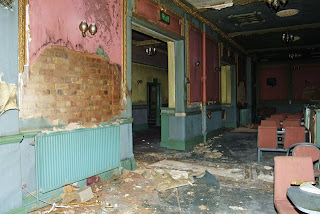 All very shocking in a building that was in great condition only a year earlier. The council notified the owner on 1st February that it would serve an urgent works notice to force repair work within seven days but on 8th February an unexplained fire broke out in the orchestra pit of the building causing more damage. 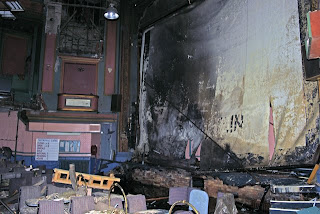 At the end of March, workmen from a demolition company (?) started work on the building's roof after being ordered to repair it by the city council. 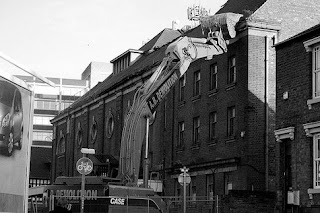 That repair work has now destroyed the roof, a sidewall, the stage house and the flytower. There are rumours that on the day it happened residents nearby were told to vacate the area and were even offered £40 for breakfast. Despite this someone managed to video the walls being knocked down and there is footage of this on youtube. 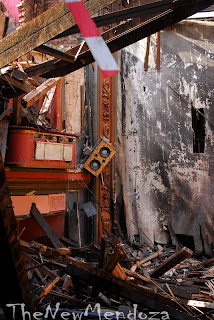 Finally the council has taken notice of these suspicious goings on and have obtained a temporary court injunction to prevent any further 'repairs'. The council say they have 'every intention of getting the owner to rebuild the theatre'. We live in hope but it looks unlikely. At a time when Derby's Playhouse is shut and seems unlikely to reopen, this would have been a great replacement.

Back at work our 'brilliant' new spam filter consigns one of L's emails to the recycle bin, I assume because she told me she'd 'been to the hairdressers but was now back and beavering away at her computer'. Tut tut, you can't go around using words like 'hairdresser'.

I get home and as I'm not in my lycra today, the ceremonial stripping off of it, which is traditionally the start of the weekend isn't on the schedule tonight but we get by and manage to adapt.

Later we head down the local where things are on the slide a bit since the last landlord moved on. There's no Stout or Supreme, so not the best of nights beers wise. They have a temporary landlord in until a new one starts. I hope they start soon.
Posted by FitForNothing at Friday, April 04, 2008