It's all happened whilst I've been away. On Friday the cyclists took to the track at the Laoshan Velodrome and the GB team of Jamie Staff, Chris Hoy and Jason Kenny took gold in the team sprint. 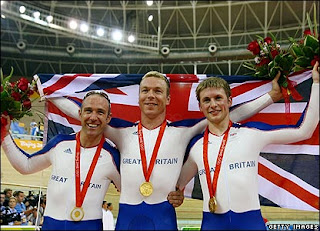 Then on Saturday Rebecca Adlington did it again with victory in the women's 800m freestyle final. 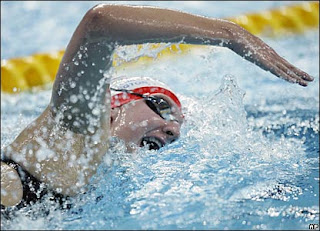 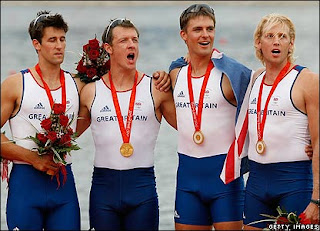 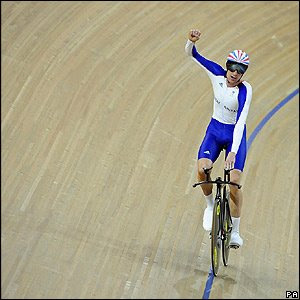 Number seven again came from the velodrome with Chris Hoy winning the men's keirin ahead of Ross Edgar who took silver. 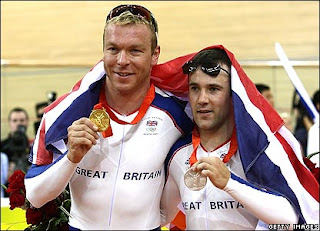 A bonus came with Chris Newton earning a bronze in the points race.

Britain were denied two sailing golds on Saturday when the races were postponed but when they were finally held on the Sunday the two delayed races both brought gold. First the Yngling crew of Sarah Ayton, Sarah Webb and Pippa Wilson. 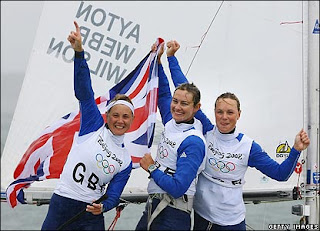 Then Ben Ainslie triumphs in the Finn class. 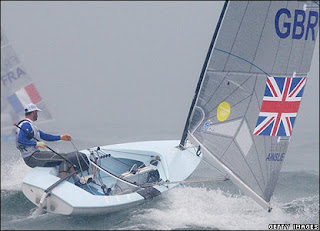 For gold number ten it was back to the rowing with Zac Purchase and Mark Hunter in the lightweight sculls. 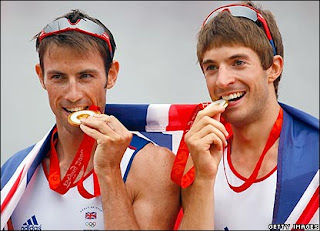 There was also a silver for the women's quad sculls team and a silver also for the men's eight. 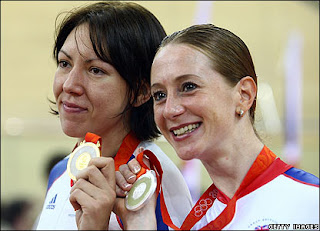 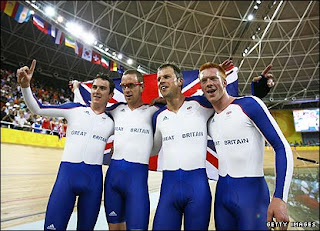 In sailing, Joe Glanfield and Nick Rogers pick up a silver in the men's 470 class.

Meanwhile has any noticed that the football season has started? No thought not.
Posted by FitForNothing at Monday, August 18, 2008