Everything That Is Dark And Over 5%

As I'm flicking through the news this morning, I see that Seasick Steve played Rock City last night and sold it out. We weren't tempted, intriguing though he is, I'm not sure it's possible to live through a full set of his. 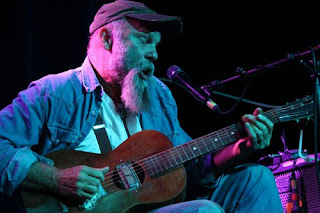 L tells me that her sister has joined a gym, which resides up on the 23rd floor. I find this intriguing. Do they have a lift? or is the walk up part of the deal? and if you do make it up to the treadmill, does your session count as altitude training?

L's confessed. She did break into the Mingles last night after all. Tut tut.

I get lunch from Oggy Oggy but then my usual van turns up. Typical.

Don't you just love the privacy of mobile phones. Whilst standing in the queue for the Red Arrow, a girl is having a dramatic argument with hers or rather the 'piece of ****' (her words) on the other end of it. Seems the person, the one she was planning to spend the rest of her life with, although they only met last week, has dumped her because she had the audacity to ask him to take her to the cinema. He knocked her back, turns out he's not looking for anything that serious. She was incensed. Why didn't he tell her he wasn't looking for anything serious? More to the point, why didn't he tell her before he stopped over last night... Durh... (is that how you spell it?)

I get the bus all the way into Nottingham and head over to the Castle where L is waiting with Robin Hood (the statue). We head into the beer festival which has moved into the Castle grounds after spending 31 years at the Victoria Leisure Centre, which of course the council is now trying to knock down.

I think it's a bit of a gamble having an outdoor beer festival in mid-October but at least they shouldn't need to cool the beer. It all goes really well, or will next year if they sort the queues out. We avoid the music, where some women is murdering 'classic' rock tunes, instead we work our way through everything that is dark and over 5%.

The only downside is the food. At the old Vic Leisure Centre, they used to do stuff like faggots, pie and peas, curries and chill con carne. Not exactly quality nosh but wholesome stuff at a reasonable price.

All we get at the new venue is three very expensive burgers vans, all very disappointing. It's also very bad for the image of real ale, which is trying to lift itself above the binging masses. Nailing their colours to the obesity crises instead isn't going to help.
Posted by FitForNothing at Friday, October 10, 2008