In the car for the third time this week, a necessity because I'm doing the pub run today. Traffic dreadful.

The nominations for this year's Brits awards are out. I don't really know why I care because they're always a joke but why have they nominated Mark Ronson and Amy Whinehouse for their horrendous rendition of Valerie? They've got to be having a laugh? That record is a really appalling case of bad cover version syndrome. Surely only their bank managers know why they did. It must have taken them all of ten minutes. She probably recorded it after a night out on the booze, in fact it sounds like she probably did. The minute it came out I erased the Zutons from my Ipod, sorry guys, you could have said no.

Hopefully it won't win; it should be beaten by The Hoosiers (Worried About Ray) or the Kaiser Chiefs (Ruby). Ruby is ok but it's an immensely annoying record but nowhere near as annoying as Kate Nash's Foundations which is also nominated. The other candidates are, stifling a big yawn :- James Blunt (1973), Leona Lewis (Bleeding Love), Mika (Grace Kelly), Mutya Buena (Real Girl), Sugababes (About You Now) and Take That (Shine). No wonder CD sales are declining if they're telling people that that’s the cream of British music.

The Arctic Monkeys should walk away with the best album award for Favourite Worst Nightmare because the competition is dire :- Leona Lewis (Spirit), Mark Ronson (Version), Mika (Life In Cartoon Motion) and Take That (Beautiful World). 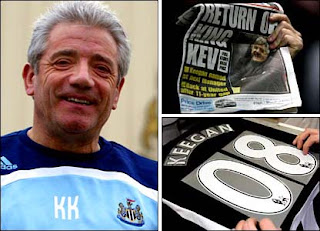 No squash tonight, my opponent is still having car trouble, he says its gone insane on him and the alarm keeps going off as he's driving along. His partner, rather selfishly, is using her own car so he can't borrow it. It could be a while before we play again; I think it's the end of February before I next have a free Thursday evening.

I get home and cook two dishes. A chilli to take to the Lakes tomorrow and a curry for tonight. It's got be curry, as we need to finish off the remains of the paneer from the other night. Unfortunately, in common with most things that go in our fridge, the paneer has reduced in quantity all on its own overnight.

Doggo and I walk up to the meet L again. I've been up to the leisure centre four times this week and only once have I been inside. As we wait outside it dawns on me that where as once, when he was a pup, Doggo was a babe magnet, now all I get is pitying glances from the girls. Could it be time to get a new dog?

We walk to the pub, where L joins me on the pints of Supreme. It's been a stressful week for her, AOL and all.
Posted by FitForNothing at Thursday, January 17, 2008